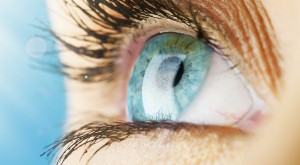 Most people respond very well to laser eye surgery but, it is still surgery and in most cases, a part of your eye is still being cut. Because of this, there’s always a chance of complication. The very nature of laser eye surgery also lends itself to have the potential for problems after the procedure.

The most serious complications that are known to happen after laser eye surgery are chronic dry eye, the flap that’s made during LASIK surgery becoming loose or shifting. and infection of the area, although this is very rare.

Less severe complications that arise from laser eye surgery are the halo effect and glare. The halo effect is when a person can see a reflected glow of light around another source of light, such as a street lamp.

This is most likely to occur at night. Glare can also be quite bad for a person after laser eye surgery, causing them to squint and for everything to seem too bright. Both of these side effects are quite common and are likely to clear up on their own, as the surgery site heals.

Dry eyes is so common after LASIK eye surgery that it’s seen in about half the patients that get it. The condition is generally pretty mild but some have been known to complain of the problem months or even years after their surgery. It’s important to note too, that most people who get LASIK eye surgery already suffer from some degree of dry eyes.

Dry eyes after LASIK eye surgery is caused when the nerves in the cornea become numbed and can no longer function after the procedure. Because of this, they cannot send signals that they need lubrication, so the cornea never really gets as much lubrication and moisture as it needs. Therefore, the eyes are constantly dry.

Dry eyes can be itchy and are irritating to the person who suffers from them. But more dangerously, they can also cause vision problems. Because of this, surgeons usually give eye drops to their patients so that they can receive the proper amount of lubrication.

Severely dry eyes will be diagnosed upon the initial consultation and evaluation. If a surgeon thinks that a person’s eyes are already too dry, they may recommend other forms of eye surgery, such as PRK that don’t require a thin flap being created on the cornea.

This reshapes the cornea improperly and therefore, a follow-up surgery may be recommended. However, many patients have a cornea that is too thin for a follow-up surgery and in these cases contact lenses are a great solution. Other times, the initial surgery simply wasn’t enough to correct the vision to an acceptable standard and so, eyeglasses or contact lenses are needed.

Choosing the specific type of contact lens that’s typically prescribed after laser eye surgery will allow the patient to have better patient than they would with glasses or other types of contact lenses.

Contact lenses that are made for post-laser eye surgery are gas permeable and are hard. This allows them to maintain their shape on the surface of the eye, which results in better vision.