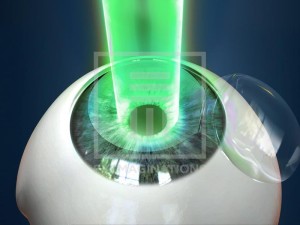 Eyes must be in good general health

Must be an adult

Most states, hospitals, clinics, and doctor’s offices require that an individual be an adult before laser eye surgery is performed. In some cases this is 18, and in others it’s 21. Procedures are sometimes done on people younger than that but these are exceptions and are usually due to very special circumstances.

Must have a steady prescription for at least one year

You should not be pregnant

The hormones that are coursing through the system during pregnancy cause many physical changes in a person; one of those is a change in the shape of the cornea. Because of this, it may cause slight vision problems. However, these problems will probably go away on their own three to six months after birth, when the hormones are in balance once again. Another reason why it’s not a good idea to get laser eye surgery done while you’re pregnant is due to the medications that are used before, during and after the procedure. These medications sometimes contain chemicals that could be harmful to an unborn baby, or a newborn that’s nursing.

You should not have degenerative or autoimmune diseases

The body does need to be able to heal itself, and do so relatively quickly after the surgery and degenerative or autoimmune diseases prohibit this from happening. Rheumatoid arthritis, AIDS, HIV, and type 1 diabetes are some of the conditions that are automatic disqualifiers for laser eye surgery.

You should not have a severe prescription

When people have a severe case of nearsightedness, it requires removing too much of the cornea in laser eye surgery in order for it to be effective. For this reason, people who have a very high prescription may be deemed an unsuitable candidate for laser eye surgery.